Ulmus minor can be cross-bred with naturally immune Asiatic species to create robust hybrids for mass large-scale elm reintroductions into our woodlands.

Thirty elm species ranged across the northern hemisphere from the Arctic to The Middle East and tropical Pacific. Believed to have emerged from somewhere in Asia, Dutch Elm Disease, or sac fungi, Ophiostoma novo-ulmi (DED), would by the 1990s have killed up to 25 million UK elms.

The first strain was identified in mainland Europe in 1910 as it spread across the continent sparing Finland and Greece. However, being much milder, few elms would perish as most infections claimed only a few branches. This first wave would die out naturally in the forties.

Asian elms developed natural immunity, but the accidental introduction of the disease into Europe through ports on Canadian elms used as timber, popular in the small-boat industry, in 1967 had devastating consequences.

Spread by elm bark beetles, spider-like feeding galleries begin to pepper the outer surfaces of the trees. Symptoms first appear with the arrival of summer beginning with the wilt and browning of leaves before they fall prematurely. Shoots die back and can curl to form ‘shepherd’s crooks’.

The microfungus triggers the tree’s immune response by blocking xylem with gum to stop its spread. This prevents the flow of nutrients and fluids eventually killing the tree.

The largest surviving concentration of elms can be found in Amsterdam. As for those that have survived in the UK, some ancient individuals being hundreds of years old can be found in areas such as Brighton and Cambridgeshire. It is unclear how they have managed to survive and is something researchers are keen to determine.

As for younger elms, hedgerows provide safe havens as they shield roots which then send up ‘suckers’ which are protected by vegetation until reaching rarely more than 5m before succumbing to attacks by DED. Established hedgerows maintained through low clipping have guarded elms in this manner for more than forty years.

Leading UK organisations on the issue believe the most appropriate way forward would be to fully sequence the elm genome of all variants, especially Ulmus minor, being the most DED-resistant. These can then be cross-bred with naturally immune Asiatic species to create robust hybrids for mass large-scale elm reintroductions into our woodlands.

Gene programmes throughout North America have already bred European elm varieties with DED-resistant cultivars (genetic strains). Though English elms can grow more than 40m these new hybrids are much shorter and better suited to tougher sites where other trees cannot grow.

According to a report from the Future Trees Trust, “The common goal is to provide resilient, British-grown elms for conservation, amenity and forestry plantings. The key to this is identifying elms with high tolerance/resistance to DED. It is also necessary to determine whether there is sufficient commercial demand to move elm from its current niche as a very minor nursery tree crop to more of a mainstream species.”

Elms play a crucial role in ecosystems. Their seeds and buds provide an abundance of food for birds and attract many butterfly and caterpillar species. This is particularly important for birds and elms are particularly favoured by warblers.

Elms would also be good news for lichen which live on both elm and ash bark, the latter of which have been perishing at the hands of ash die-back infections. Lichens provide a crucial food source, netting material and shelter for many invertebrates.

Though large-scale initiatives are yet to be put into practice across the UK, some smaller projects using the hybrid Ulmus New Horizon cultivar raised by Wisconsin Alumni Research Foundation have been slowly taking shape.

Elms4London and National Tree Week are two such initiatives. Hillier, the Nursery and Gardens company launched a campaign with Dame Judi Dench in 2019 to restore elms across the UK.

If you are interested in finding elms in your area The Conservation Foundation has put together this database of recorded mature elms across the country.

‘What is known is that through the determination, dedication and passion of those involved in elm and their work over the past decades, the timing for elm to make a comeback has never been better.’ – Future Trees Trust. 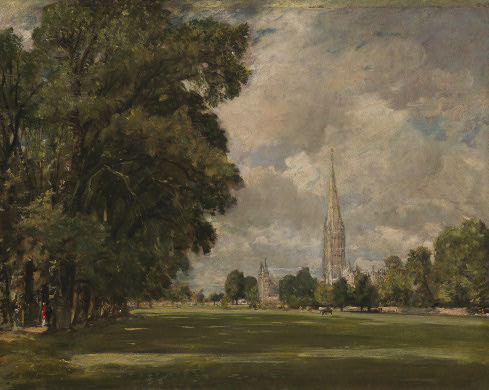 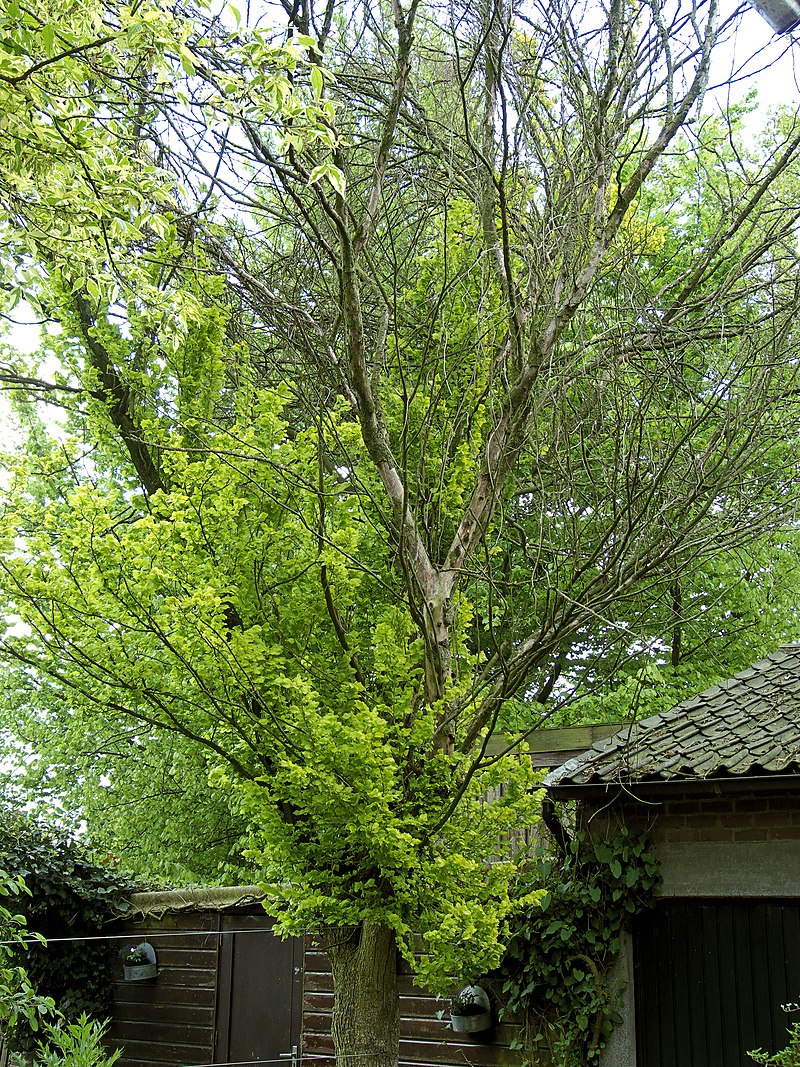 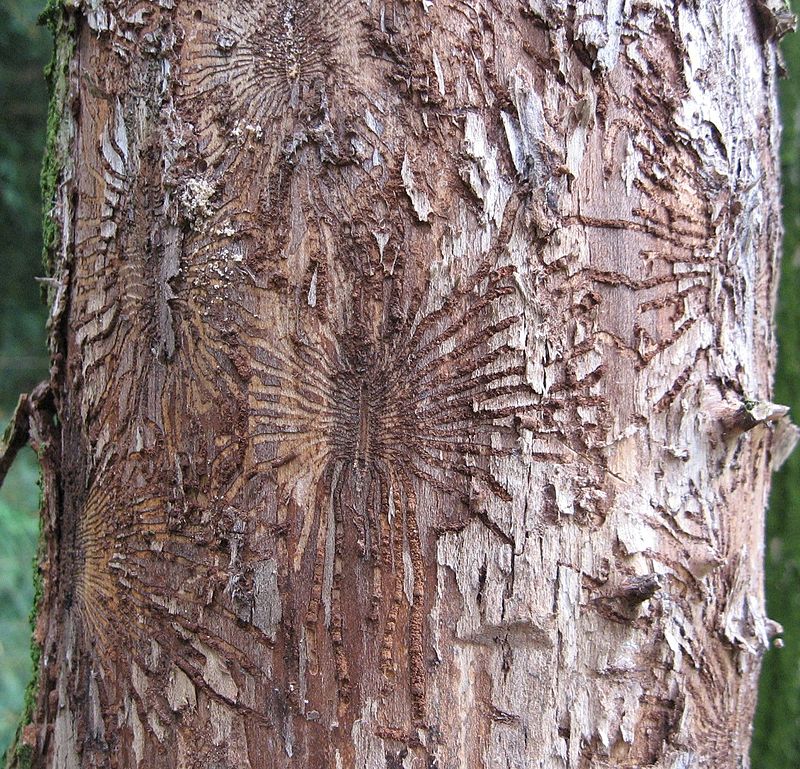 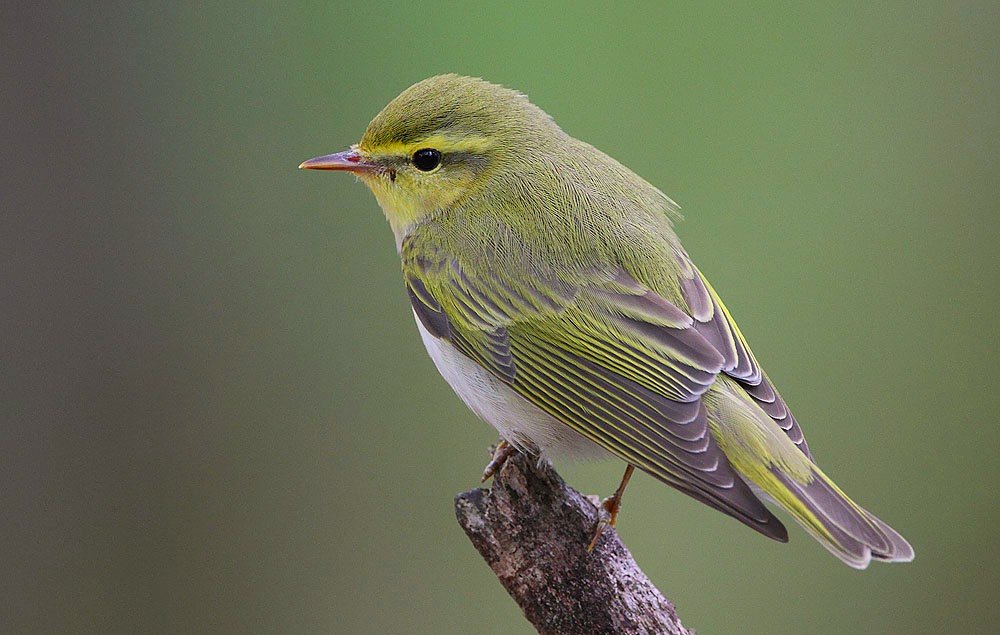