The Lake District attracts more than 19 million visitors annually. However the impact of the volume of footfall on the fells that this number brings, as well as the increasing number of severe weather events, is placing significant pressure on the incredibly fragile mountain environment.

Grass, vegetation and soil are being trampled, exposed and washed away. As paths deteriorate and surfaces become loose, walkers seek to avoid footpaths and are treading on the vegetation to the side. Fragile upland habitats on the slopes, home to endangered species such as parsley fern and woolly hair moss, are being destroyed by erosion. Sediment is being swept into becks, tarns, rivers and lakes, changing water acidity levels and negatively impacting fish and plant life. Vital carbon sinks such as peat bogs are being damaged causing carbon dioxide to be leaked into the atmosphere.

Footpath restoration and maintenance can have a hugely positive impact. At Helvellyn a rare alpine plant, Mouse Ear, disappeared from the fell-side. In Red Tarn the White Schelly fish was facing significant challenges as spawning grounds became clogged due to loose soil spilling from the ridge. Restoration and repair work now subtly directs people away from the sensitive vulnerable areas, reducing erosion and protecting rare plants from trampling and smothering.

Since 2002 the Fix the Fells project, supported by over a hundred trained volunteers, have been using both traditional and cutting edge techniques to repair and maintain footpaths. This work plays an important role in the conservation of mountain habitats and upland landscapes in the Lake District National Park, including work to protect Special Areas of Conservation (SAC) and Sites of Special Scientific Interest (SSSI).

The sustainable techniques used take into consideration the geology, vegetation and conservation of the local areas. For example paths are repaired using traditional methods including stone pitching by hand and soil inversion, techniques used since Roman times.
The work is nationally recognised for its expertise in ranger and volunteer led upland path repair at scale. This learning is also being shared to bring benefit to other national parks, for example Snowdonia and with the National Trust for Scotland.

Restore Our Planet has provided funding to support the cost of volunteer ‘lengthmen’ expenses enabling the Lake District Foundation to add a huge amount of extra capacity to the work to restore and maintain footpaths across the fells and as a result conserving the landscape and biodiversity.

We have also provided funds to assist in a succesful grant from the Big Give Christmas Challenge 2020.

This will fund the Real Hedge Fund Campaign which supports a partnership to develop a programme of planting, restoration and conservation.

The ambitious plan is to plant 4000 metres of native hedgerow across Cumbria. 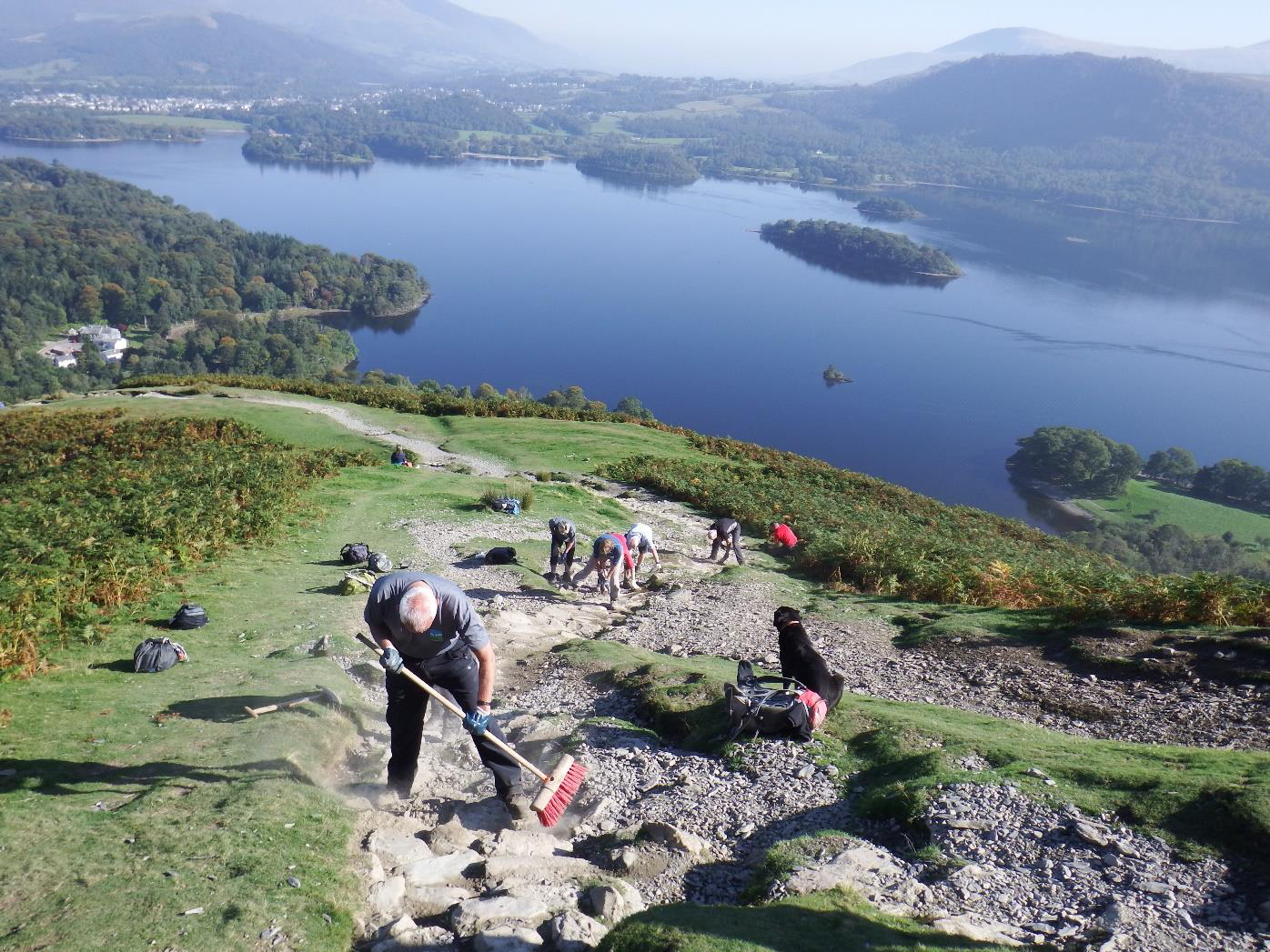 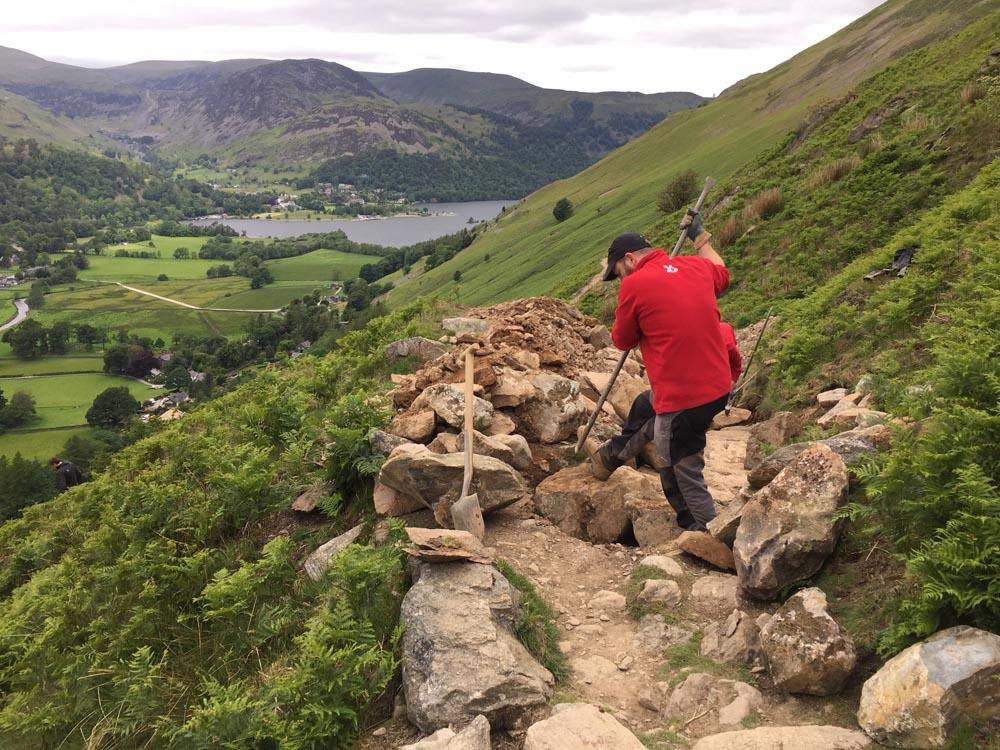 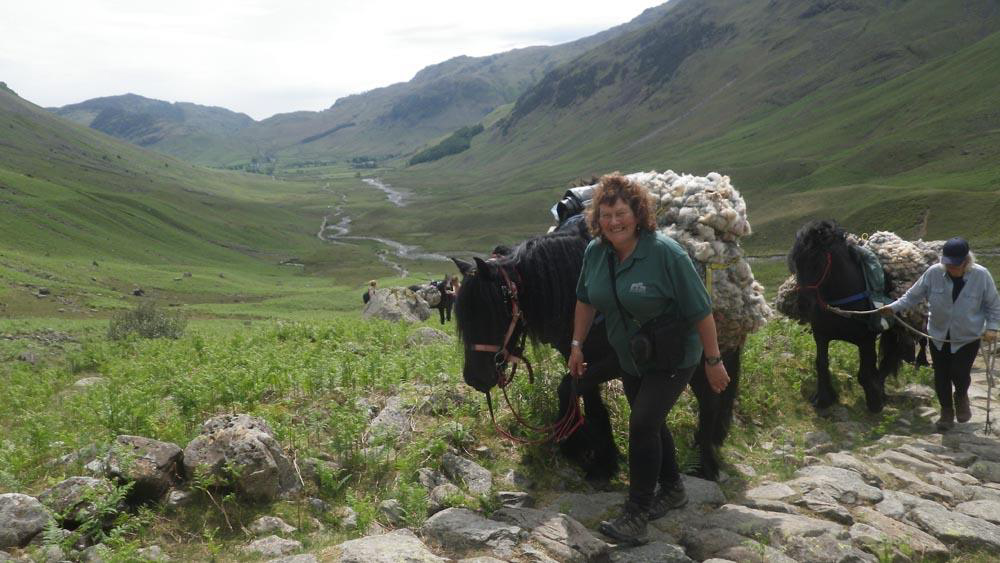