Eradication of Grey Squirrel from inappropriate areas of Europe

Distribution of the native British Red Squirrel (Sciurus vulagris L.Kerr) is now largely confined to Scotland and Ireland, although isolated populations persist in Southern England, in Wales just a few hundred remain and in Northern England it is found only where Grey squirrels (Sciurus carolinensis) are not yet established. Despite efforts to protect it the Red squirrel is already outnumbered 66:1 by the Grey and may become extinct on mainland Britain in a few years – the current population is estimated at just 160,000. Within a few years of the arrival of the grey squirrel in the vicinity the smaller red squirrel disappears. This is due to a number of factors including competition for food, theft of food caches and disease. Only drastic measures will enable its survival on the British mainland and prevent its elimination in Europe.

The grey squirrel is the principle threat to the survival of the red squirrel in Britain. It has already: Driven out the native red squirrel from all but a few last outpost of the mainland; caused irreparable damage to broadleaf trees such as beech, oak and sycamore; raided bird’s nests to prey on eggs and fledglings, damaged orchards and gardens and poses a threat to the great forests of northern Italy, France and Switzerland. The grey squirrel was introduced to Britain from America and has no natural predators. It has successfully adapted to lowland conditions, is omnivorous, breeds strongly and is equally at home in urban parks and countryside.

Restore feel it is desirable that the red squirrel should be restored to British woods, that woodland song-birds and other wildlife should be protected and that our native trees should be saved from ruin. We help fund the European Squirrel Initiative (ESI) to pursue the creation of a common policy for the British Isles and the rest of Mainland Europe based on dealing with the grey squirrel as an alien species. This policy aims to contain the spread of the grey squirrel, and revitalise research programs into workable and acceptable removal methods and ways to assist re-establishment of the red squirrel.

Restore also looks to fund ESI’s efforts to work closely with national and EU authorities to develop coherent research policies for the whole of Europe and has helped finance a post-doctoral research assistant and the establishment of a web site for the Red Squirrel Trust. Further funding in 2006, 2007 and 2008 has gone towards the design of a research programme to develop and test Immuno-Contraception,the most effective method of controlling the grey squirrel population. 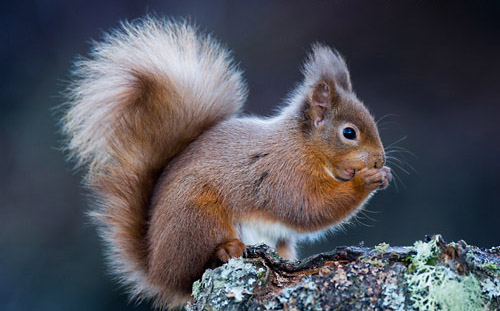